Gothaj is a Czech salami that was widely popular during communist era. The typical way of eating it was in a pub, accompanied by onions, vinegar and of course, beers. Some people joke that it’s the Czech mortadella (not even close, although it does look a bit alike). When we were asked to create a recipe with this specific salami, we were just laughing for a while. It’s really a challenge, as cooking from products that are already cooked and ready to eat is quite complex. Can you think of anything else than placing the salami on a piece of bread? Lol. Anyway, after some brainstorming, we figured we could create a twist of the retro pub dish and make a luxurious carpaccio. The only thing is, there is no beef fillet involved. AHA!

Slice the two thirds of salami really thinly and divide it into triangles, so that it’s easier to eat. Dice the remaining gothaj into cubes about 1cm big and sear them in a pan until golden. 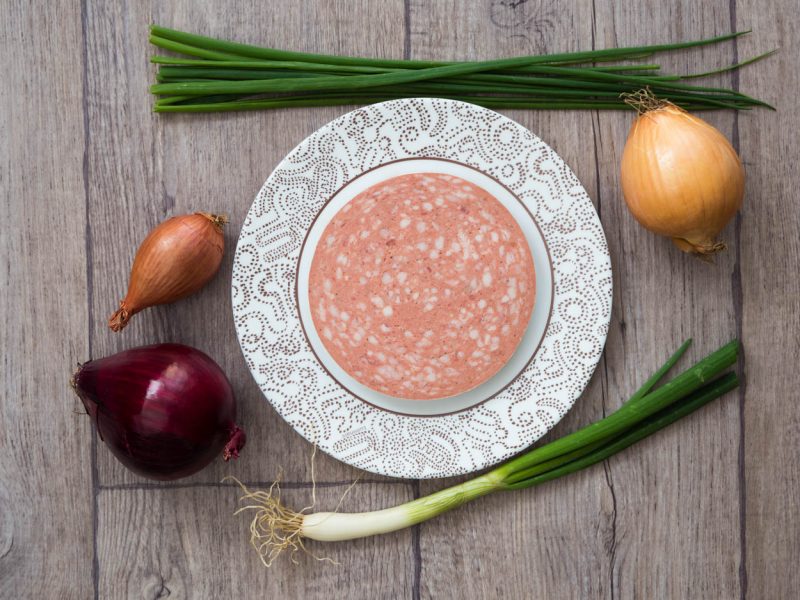 Cut the onion into quarters and put it into a plastic container. Add a bit of sugar, salt, olive oil and vinegar. Wrap into a cling foil and put it into a microwave for about 1 minute. Let it rest for a while and cut into stripes. This way, it can stay in the fridge for even 2 weeks.

Slice the spring onion, onion and chives thinly and put them into ice cold water. Leave them in for a while and dry them on paper. Divide the shallot into layers and drizzle it with some vinegar. Let it rest and then cut into smaller pieces.

The foam is pretty easy to make: put together the lecithin, salt, sugar and water and mix with a hand blender to foam. 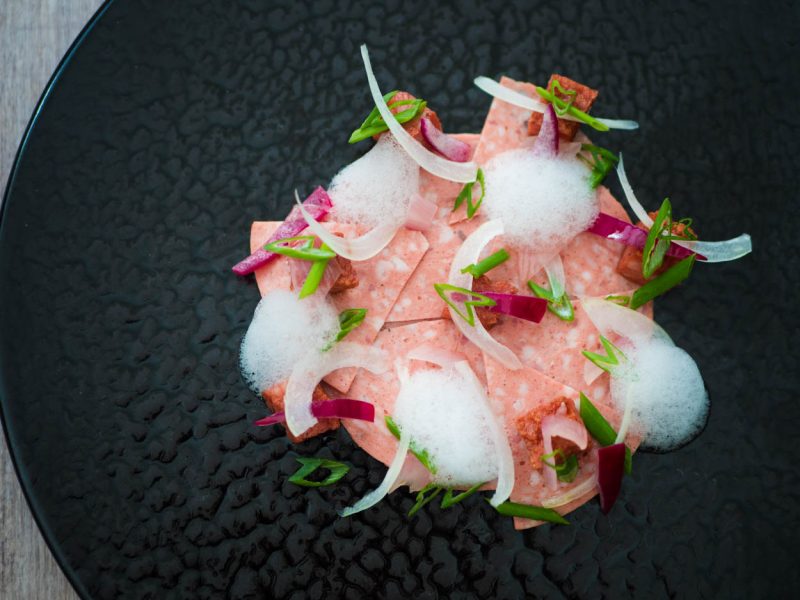 Put everything on a plate and eat quickly. Where is my beer???